Cardiff needs a vision for pedestrians and cyclists

I believe that lively, enjoyable public spaces are the key to planning a great city. They are what makes it come alive
On busy Canton bridge which is crowded with people in the summer especially there is no opportunity to stop and look over the bridge or pause to admire the
Animal Wall, alongside Cardiff Castle, one of the most delightful and photographed historic features in Cardiff.
Cardiff Council have narrowed the pavement here where it should be widened to squeeze in cyclists to allow more space for motorists on Canton bridge where traffic stopped altogether leaving just pedestrians, cyclists and buses running. Cardiff council has not got the vision to even follow the manual for streets hierarchy of road users. What
a mess and waste of £££  Cardiff cycling officer who quit gave these figures to 2013 Cyclists campaign AGM
Cycling budget
"Jo presented a spreadsheet in which funds from the following were identified:
o   Cardiff Council -  £625,000 in 2013, £450,000 in 2014.
o   Welsh Assembly Government - £1,185,000 in 2013.
o   SEWTA - £650,000 in 2014, then £900,000."
More cash has been wasted in Canton where cyclists money was used to remove cycling lanes and resurface the road.

Transport is a major issue in Cardiff that if not addressed will be a significant brake
on the city’s economic fortunes, but worse, further isolate whole communities


cut off from job opportunities and education. Cardiff council ignored The Active Travel (Wales) Act 2013 that is supposed to make it easier for people to walk and cycle in Wales.  The city is over-dependent on the car, and investment in more roads and traffic
improvements alone would not fix the problem and keep up with significant
growth in demand. We need a better, cheaper and more effective public transport
network in Cardiff not cuts in public transport, not more room for cars to dominate the street scene, polluting the air, and denying many of routine exercise.


5 days ago - The newly opened cycle lane on Canton Bridge is 'unsuitable for pedestrians', critics say. There have been mixed reactions to the new cycle .. 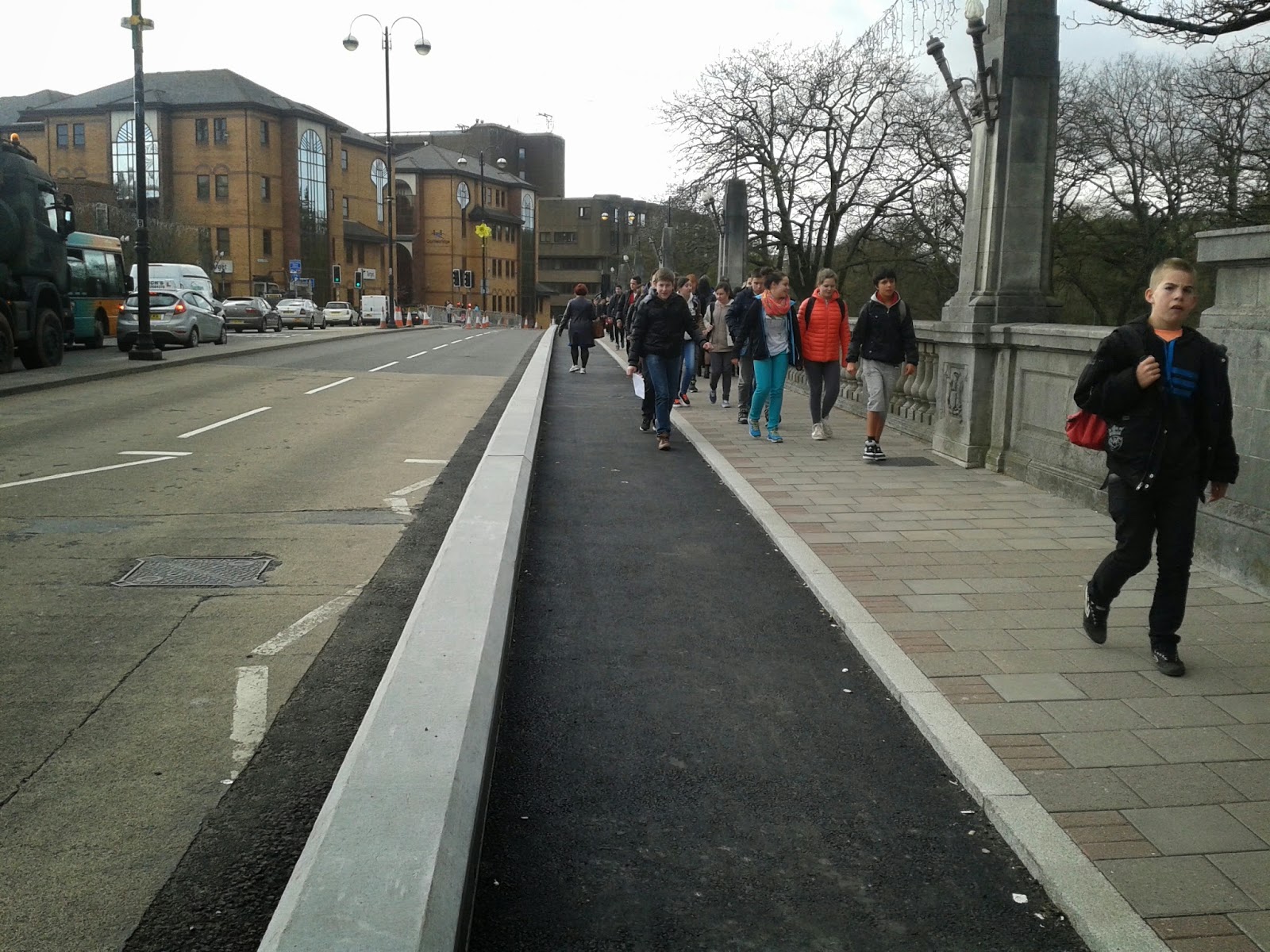 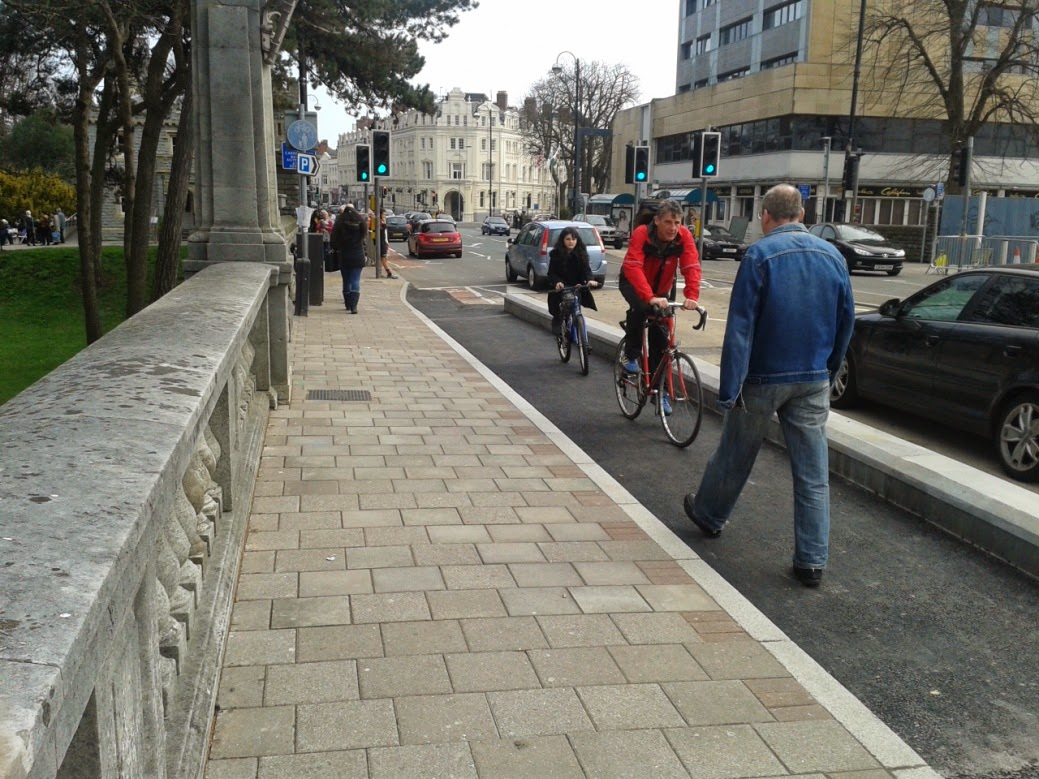 Posted by womensvoice at 4:12 AM Links to this post

Cllr Ashley Govier Cabinet member for the environment says he cant (won't) do anything about pavement parking! "Banning Pavement parking across our local authority is not practicable under current legislation" Perhaps he could show willing to take the pedestrians side...and change the rules... 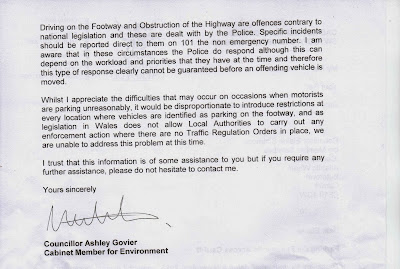 Posted by womensvoice at 4:51 AM Links to this post

...not a mention of the lax approach taken by the Council enforcement officers, including abuse of the loading and access restrictions in the central area
· Consider examples of best practice for dealing with parking issues in other
areas.
... not a mention of good practice areas (eg. Watford/Bedford) instead of Bristol which has done as badly as Cardiff
Parking on Verges; Pavements
Members viewed the verge and pavement parking in Heath and Llanishen –
and concluded that this was a problem. They felt that some kind of legislation
or intervention was required (for example, a byelaw or traffic regulation order)
to stop people parking on pavements and verges as the practice clearly
causes damage and obstructions. They understood that the creation of numerous Traffic Regulation Orders might work; however, setting up all of
these would be a long and expensive exercise. Once again they commented
that some kind of blanket order would be useful. An officer mentioned that a
Traffic Regulation Order used to prevent verge and pavement parking had
been replaced by a byelaw in Plasturton Avenue. Legal Services do not
consider that a blanket TRO would be specific enough.
Members were told that it takes approximately six months to create a traffic
regulation order. This will involve the use of a £500 advert to publicise the
order and the costs of a survey
· Parking on verges in Bristol has proved very difficult to control. They have
not yet identified an obvious solution. It is an offence to drive on to a
verge (but not to park); it is also an offence to cause damage to a verge /
public highway. Where there are currently no restrictions such offences
are currently dealt with at the discretion of the police. Trying to recover the
costs associated with damage to verges through the Magistrates Court
can be a problematic.
Recommendation 5 - Verge & Pavement Parking
Members were informed that many parts of Cardiff had a real issue with verge
and pavement parking. There were many instances where such parking 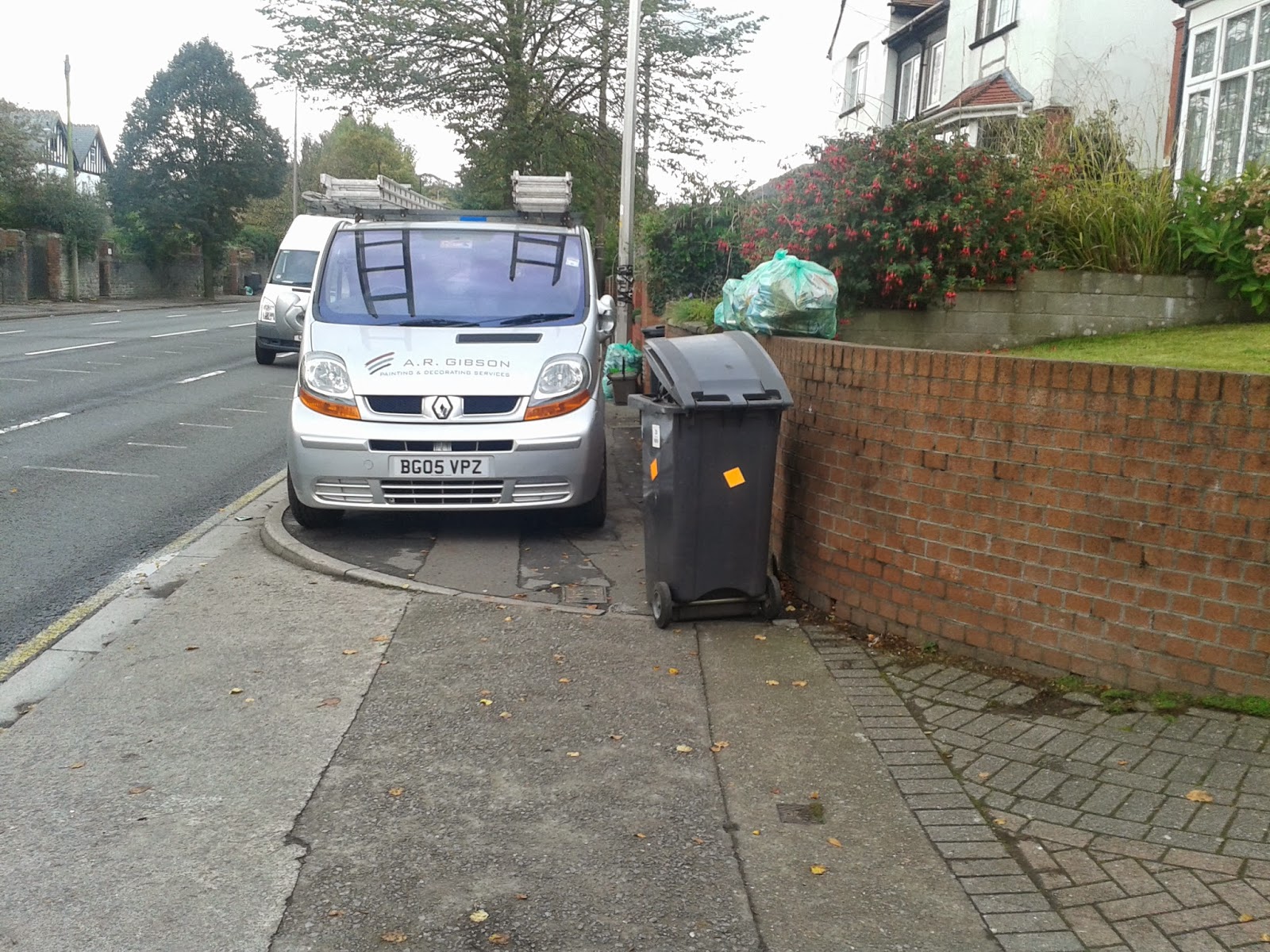 abuse caused considerable damage to the highway asset and created obstructions and other safety issues for the public. The Committee recommends that:
· The Council should liaise with Welsh Government to establish the
proposals that it is currently considering in relation to dealing with
pavement parking. Once established, the Council should consult on how
these proposals would impact upon Cardiff and provide feedback to the
Welsh Government.
· Where significant damage is caused to verges on a regular basis and a
large number of complaints are received, the Council should consider
using specific Traffic Regulation Orders to improve management of the
problem.

Recommendation 5 is supported by key findings KF20 to KF22.
Verge & Pavement Parking
Key Finding 20
The inquiry was told that at present Wales has no legislation which prevents 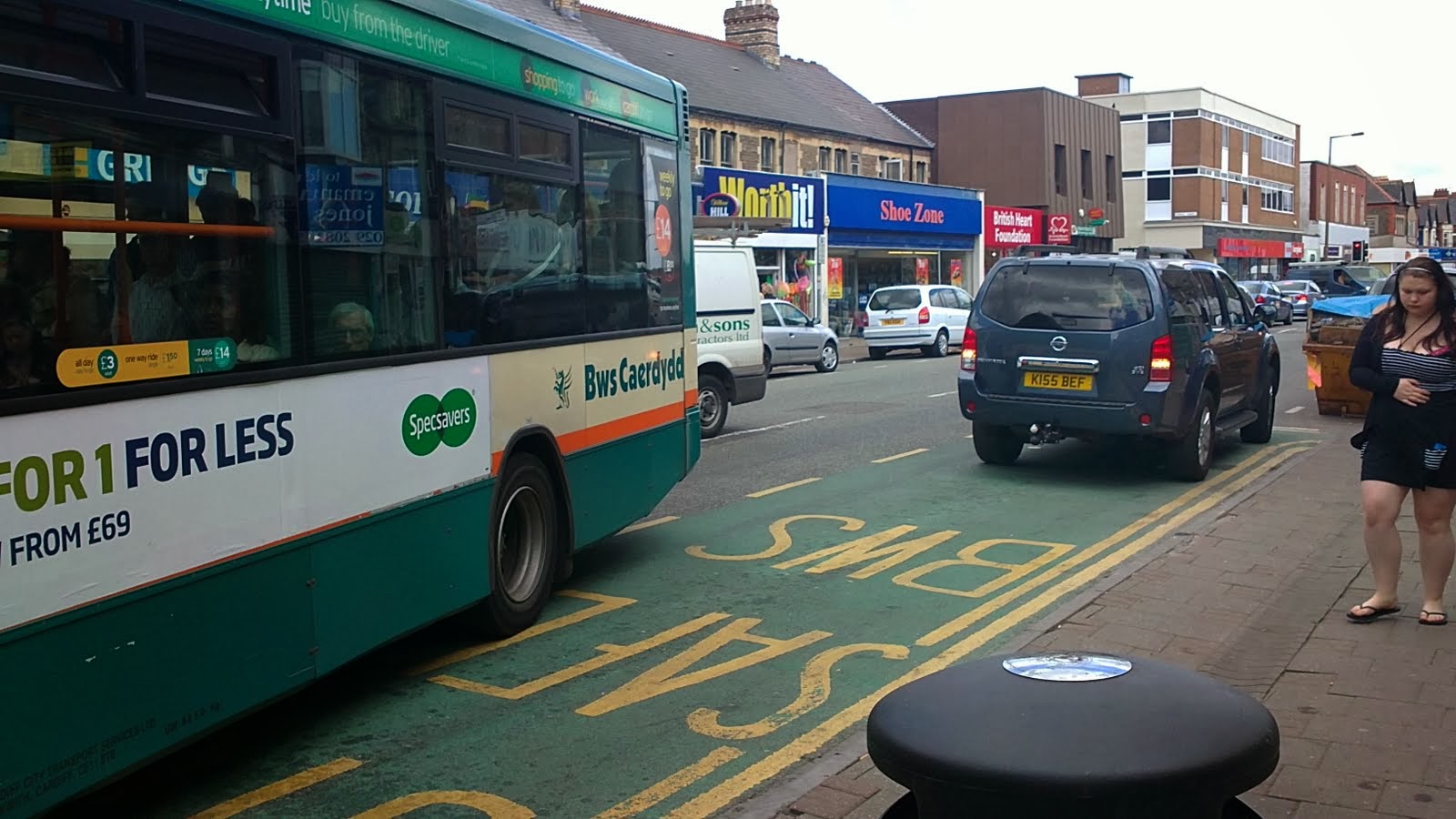 pavement parking. When providing evidence officers from Cardiff, Swansea
and Neath Port Talbot all explained that the Welsh Government were looking
into proposals for dealing with pavement parking in Wales. The detail of
these proposals has not yet been made clear.
Key Finding 21
During the inquiry Members were told that Wales has no legislation to prevent
verge parking. On their parking tour of Cardiff Members saw examples of
where verge parking had caused damage to the highway and adjacent
verges.

ALL YOU NEED IS SOME IMAGINATION
The secrets of the world's happiest cities
Peñalosa's first and most defining act as mayor was to declare war: not on crime or drugs or poverty, but on cars.
He threw out the ambitious highway expansion plan and instead poured his budget into hundreds of miles of cycle paths; a vast new chain of parks and pedestrian plazas; and the city's first rapid transit system (the TransMilenio), using buses instead of trains. He banned drivers from commuting by car more than three times a week. This programme redesigned the experience of city living for millions of people, and it was an utter rejection of the philosophies that have guided city planners around the world for more than half a century.
hertsdirect.org Dropped Kerb (Vehicle Crossover)
... a Vehicle Crossover it is illegal to drive over the existing pavement or verge. ... of the guidance notes to ensure that your parking area meets all the criteria.
Bluehouse Hill parking ban leads to 166 tickets (From Watford ...
12 Oct 2012 - Since the ban came into action on July 2 drivers face a £70 fine if they park in the pavement or grass verge along the busy road.
Posted by womensvoice at 4:37 AM Links to this post

Karina Menzies killed on dangerous pavement undefined from the road 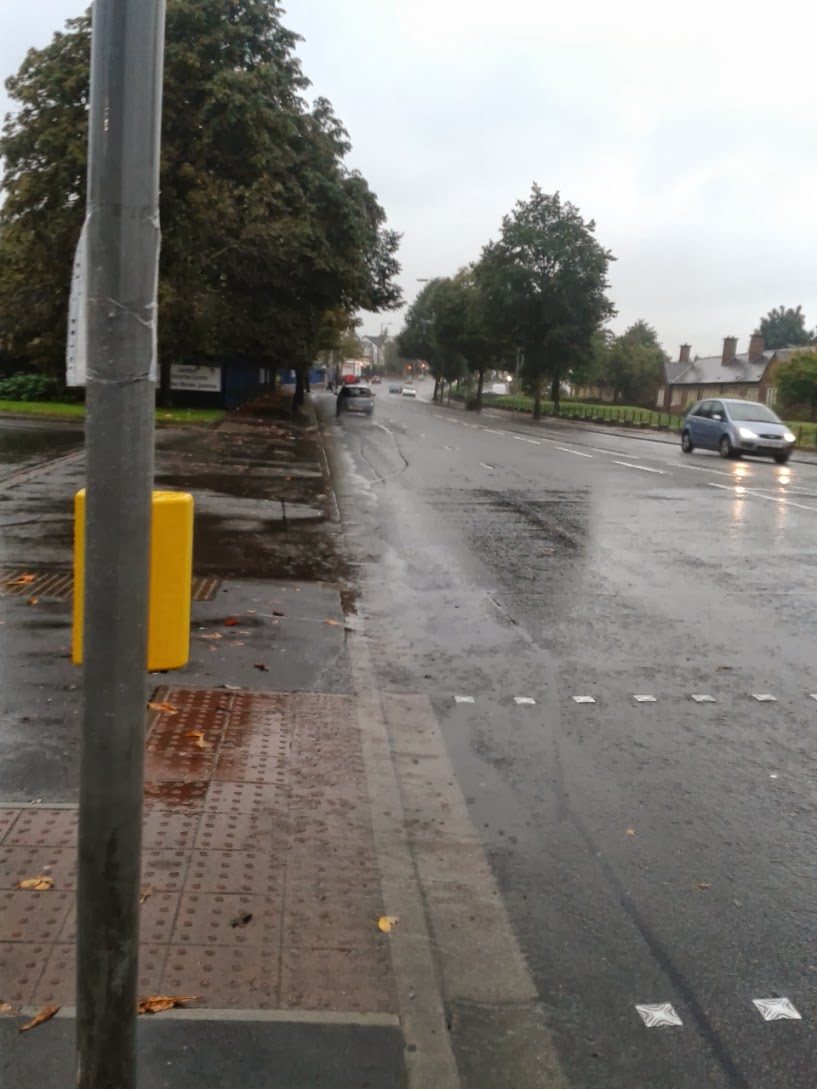 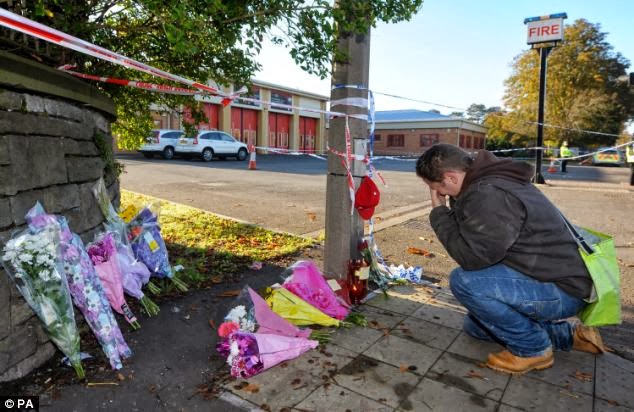 Posted by womensvoice at 8:20 AM Links to this post

We want a say on the New Bus Station

The New Labour council elected in May 2012  have done nothing to change the plans.
The LDP states they will have a bus station adjacent to the railway station
No consultation - no alteration of the bus box -
The new bus station construction is due to start in Jan next year reports Cardiff Council newspaper Capital Times as part of the 'new central business development' recently proposed just before the election. But when is the consultation? We as *bus users demand to see the plans for the new bus station immediately. The bus box imposed on us was useless so we must be consulted on the position and design of the new bus station.  We don't know when it will be going to the planning committee.
*not bus users uk who fail to represent and press the views of bus users in cardiff to cardiff council
See also Cardiff Civic Society website
CCS Press release on its vision and transport proposals for Cardiffhttp://ow.ly/d/ewt - a zero carbon, connected city-region
Posted by womensvoice at 4:18 AM Links to this post 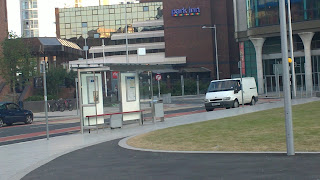 Cars Vans feel free to stop anywhere in spite of inconvenience caused to motorists and that iti is unlawful!

New - back of St Davids 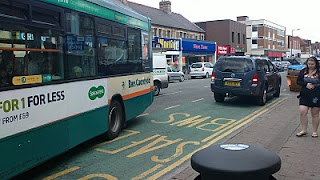 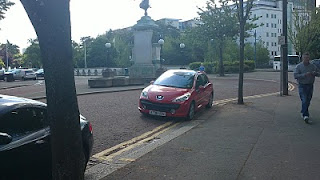 Posted by womensvoice at 3:10 AM Links to this post 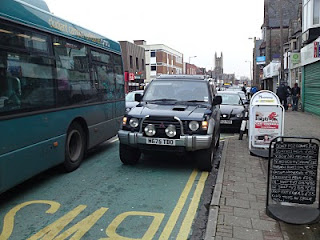 The bus can not pull in and the 4x4 driver justs ignores the situation!
Posted by womensvoice at 3:30 AM Links to this post

Plastic Bag Petition: Sign the petition for a tax to be put on plastic bags in Britain.